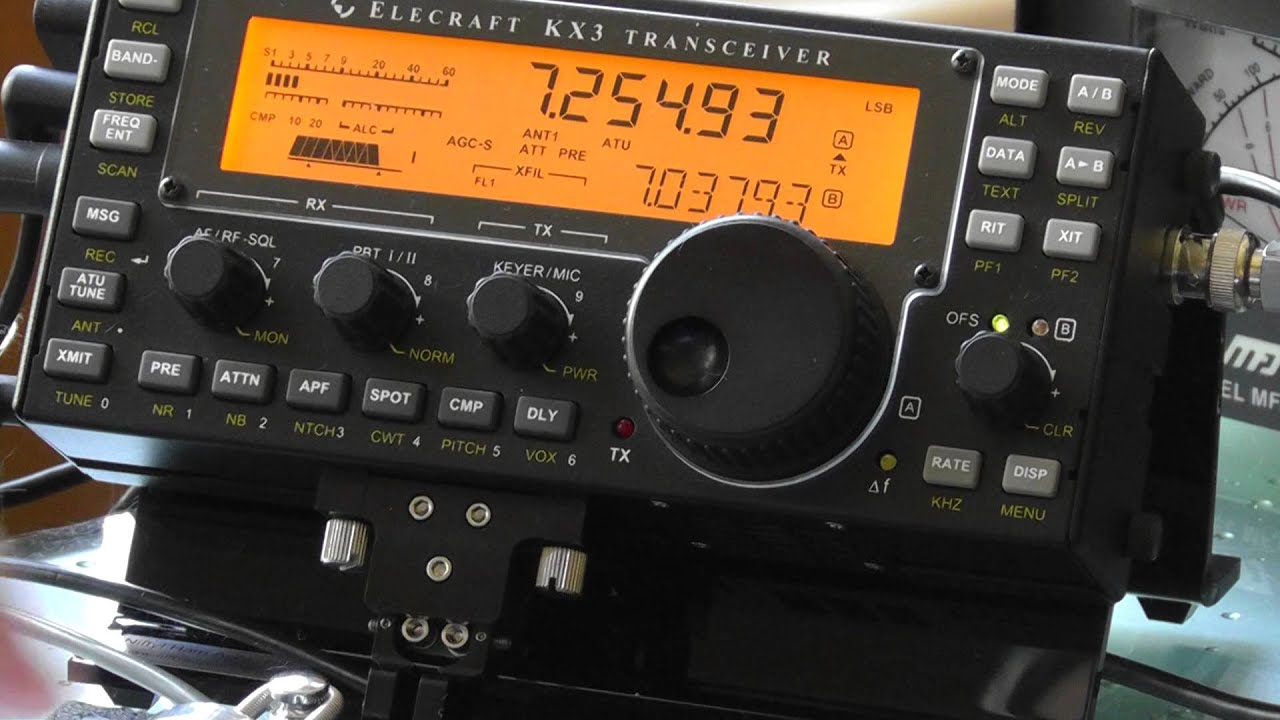 1st TIP: How to save battery power.
Use 5.0 watts or less when running from a 12-V source, and 3.0 watts or less when running from an 8-10 V source (including the 8x AA batteries). At these levels, the elecraft KX3 transceiver automatically switches the power amplifier to a more efficient setting. You can tell that power-saving mode is in effect by a decimal point after the ‘W’ in the power value (e.g., “5.0 W.”). Why not to use headphones rather than the internal speaker? You can save other precious mAh during reception (around 80 mAh) and , also, if you can …turn off the LCD backlight (Menu: BKLIGHT). The current drain of the Elecraft KX3 is around 1.20 Amps on transmit with 5 watts out. See the video clicking on the arrow down
elecraft kx3 tips, damage, how to, repair, finals, better modulation, QRP, sota, mountain, repair display
elecraft k3, price, sell, craigslist, eBay,
2nd TIP. Isolate the oscillator.The elecraft KX3 transceiver, like other radios with a quadrature direct-conversion architecture, uses a VFO (local oscillator) running at or very close to the operating frequency. If you have another radio on the same band as the KX3, and the antennas are close together, the other radio may be able to hear the KX3’s oscillator when they’re both tuned to the same frequency.To prevent this, the KX3 includes an isolation amplifier that keeps the oscillator from radiating back through the mixer. Normally this amplifier is turned off to save about 15 mA of receive-mode current drain. To turn on the isolation amp, set MENU:RX ISO to ON. This has no effect on performance.

Here you can find all the lipo you want:
Http://www.hobbyking.com
4th tip – On Automatic Antenna Tuner (ATU)
“Try harder” ATU mode – N6KR reports that having tossed about 25′ of wire in a tree and laid another 25′ on the ground,  the ATU would tune close to 1.0:1 on 60-6 meters, except for 17 meters, where it was 1.9:1. Even though 1.9:1 is an acceptable SWR, a lower SWR can sometimes be obtained by allowing the ATU to try more LC combinations.
To do this, simply tap ATU TUNE a second time within 5 seconds of the first match attempt.
In his case, a 1.0:1 match was found on the second try.Clearing out old LC data. The KX3 stores ATU LC data for many segments on each band. The LC data required to match a home antenna system is often quite different from what is needed to match a field antenna. So when operating in the field, you may find that clearing all of the LC data for each band used can save a lot of re-tuning time. This is done by locating the ATU MD menu entry, then holding CLR (a switch function of the RIT offset control). Then exit the menu.
The ATU will use the LC data from the closest segment that you’ve tuned, so when setting up a new antenna, you can tune up in as little as one spot (if the antenna is broadband) or as often as within every segment. Segments are on 20-kHz boundaries on most bands (5 kHz on 160 m).

Down here there is a nice video on operating tips (Elecraft KX3 transceiver) click on the arrow!!!

Theme by Anders Noren — Up ↑